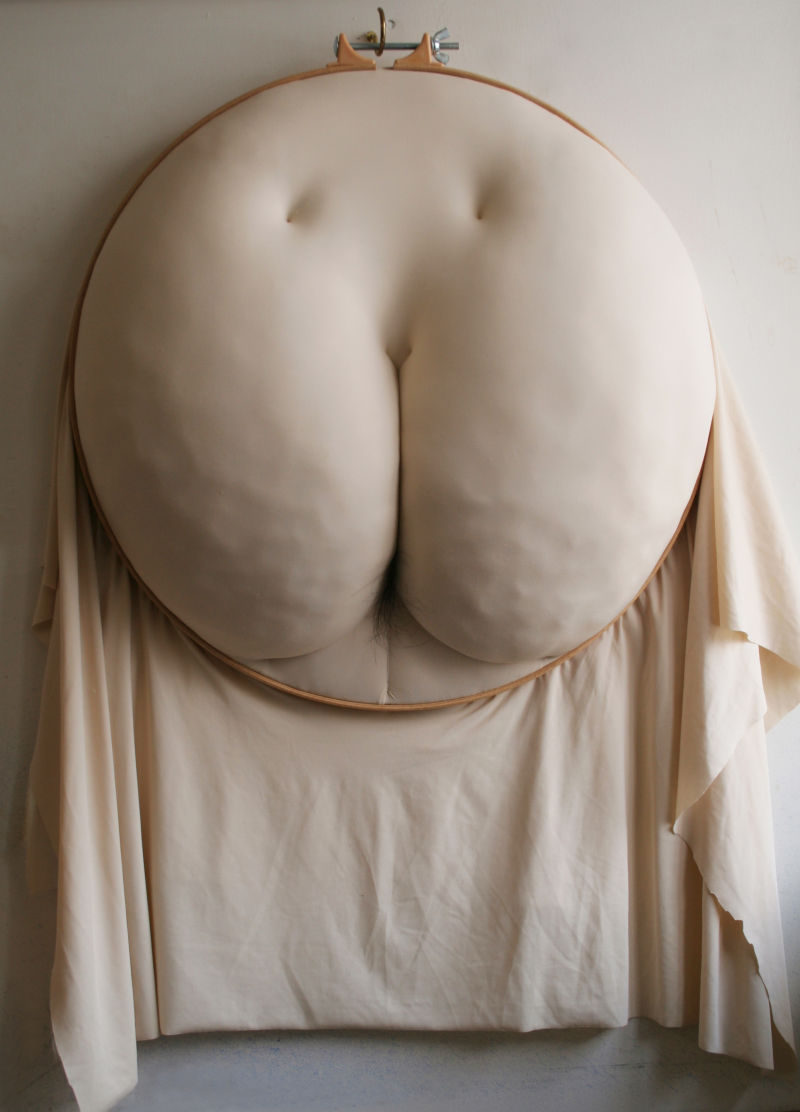 A Second on the Lips
WW Gallery presents a group exhibition of the long-list of 37 artists for their inaugural Solo Award at their impressive Hatton Garden space. Six artists were shortlisted for the next stage of selection and announced at the private view. The space is run by gallerists/artists and couple Chiara Williams and Debra Wilson.

WW is one of London's leading contemporary artist-led spaces with a reputation for consistently forward-thinking and innovative projects, with sites in Clerkenwell and Hackney.

Showing an eclectic mix of media, where sculptural works seemed to dominate alongside film/video pieces some dual screenings, abstract and conceptual objects, collages and paintings.

Six of the artists are LGBT, but sexuality aside I was drawn specifically to the tactile sculptural displays that had a sensuous quality and an overtly feminine edge coupled with the use of embroidery and stitching, which is socially and historically deemed a "female craft".

These references to the body are made from different angles, through for example clothing, a pin-stripe suit which symbolises masculinity, hierarchy and wealth, subverted as one of short listed artists Wendy Nelson is female. Perceptions and notions of beauty are investigated by
Sally Hewett with her sculpture "A Second on the Lips..." this is hung loud and proud made from padding, stitching and hair.

Visual representations using film/video to convey ideas of female identity in DIVA-featured artist Ope Lori's split screening of "Deracination" (pictured) which references racial power hierarchies between black and white women, and critiques the two-sided story of the invisibility of the black woman and the over-objectification and sexualization of the white female in popular culture and media images.

Kate Elliott's single channel video "The Birth" conveys her investigation into the breakdown of conventionalised forms of representation. In particular, her aim is to deconstruct the traditional ways of looking at femininity and masculinity, in order to question the boundaries of gender identities.

These are my particular highlights, but there is something here to suit all artistic tastes. Some are more traditional forms of contemporary art such as painting and collage showing figurative elements and other art practices are also incorporated into the mix showing an abstract element of conceptual and pop art.

The six short-listed artists of which one is LGBT who will go into the next stage of selection are: Emma Cousin, Calum James Crowther, Dexter Dymoke, Jonathan Gabb, Wendy Nelson, Elly Thomas.

Additionally, visitors to GROUP2012 will be encouraged to vote for their favourite work in the show. The winner will be commissioned to produce a limited edition work for display and sale at WW Gallery next year.