08/02/2011
When art and science collide, the Riverside Gallery in London takes the opportunity to display the resulting dissection, decay and disease in all its multi-tonal glory. The result is its latest exhibit, Picturing Science.

After whittling down a massive 650 entries submitted to the open exhibition, the final 26 will be shown at the Richmond gallery until 26 February.

Taking the symbol-filled language of science and layering it with another symbol-fuelled discipline, the artists had great scope to explore themes of medicine, astronomy, neurology and more.

Inspired by experiments to detect neutrino trails, artist Frédérique Swist depicts the subatomic particles as an immense flash of lines, light and neon.

Elsewhere Anne Ridd finds beauty in dissection with a delicate pencil etching of decomposing rodents. Just don't look too hard if you're on a lunch break. Stan A. Lenartowicz takes the humble bee as his focal point with a series of images exploring how the seasons alter the rigid and ordered mathematical structure of a beehive, while Margaret Marks' melancholic piece exposes the delicacy of childhood immunity with a colourful patchwork baby blanket's digital design depicting various viral strains.

The exhibit assuredly takes some artistic liberties with its subject matter. But the interpretations are a compelling collection of reactions to a world of information so vast and so incomparable to so many, it will surely leave visitors hungry for answers, thereby opening the community of science to a wider audience and wider debate. 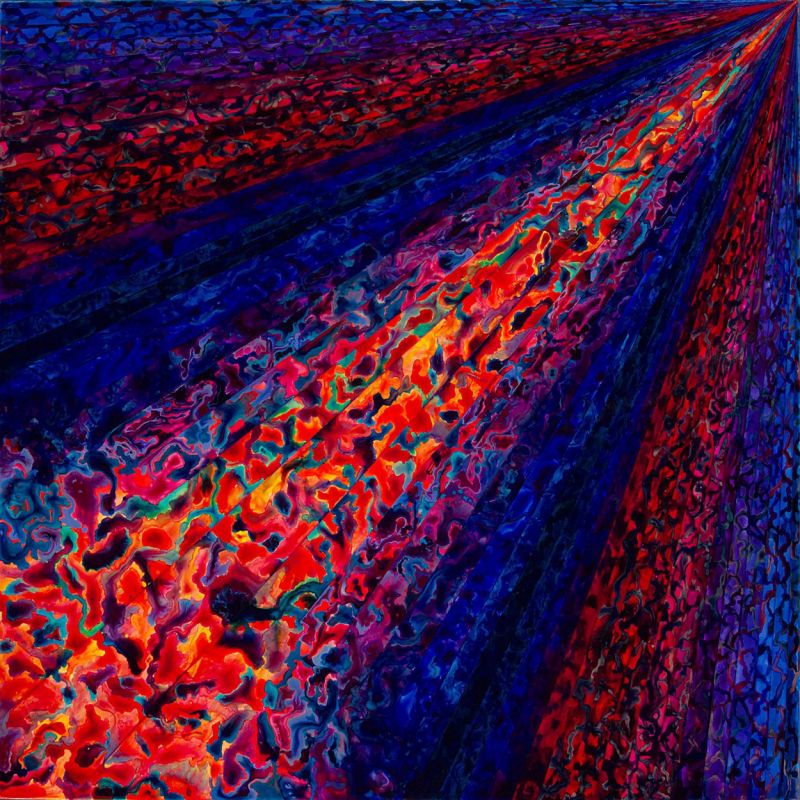 CH2CHCO2H
3/12 In this experiment, the paint has formed its own image through separating, solidifying, splitting, attraction and repulsion on a wet surface.